AN ILLUSTRATION OF THE EXTRAORDINARY CHALLENGE WE FACED IN ROCHEFORT: 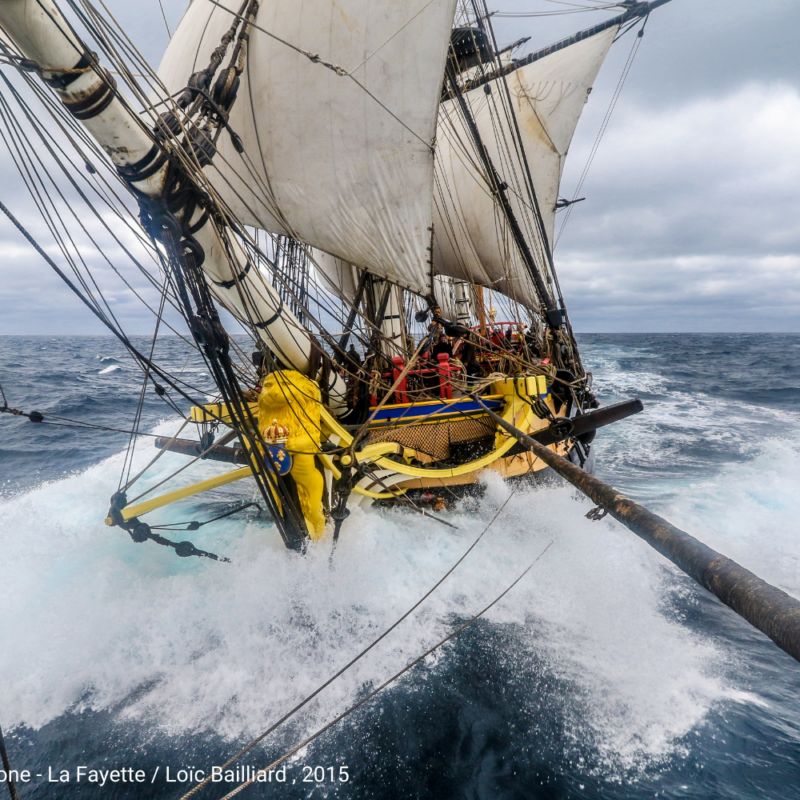 «The biggest reconstruction project for a historic ship that France has ever seen», Jean-Louis Frot, former mayor of Rochefort (1977-2001)

In 1992, the Hermione-Lafayette association was founded by a group of maritime history enthusiasts who wanted to construct a frigate identical to a ship that was built at the end of the 18th century, in the heart of the historic Arsenal de Rochefort. The lengthy preparatory process then began with the collection of historical sources, the piecing back together of the ship’s plans, the sourcing of funding, and the launch of a call for tenders to find a builder…

The Centre de Recherche pour l’Architecture et l’Industrie Nautiques (CRAIN) became the prime contractor. They drew up the plans and were responsible for supervising the work. Various expert committees composed of engineers, technicians and historians supported this research work. Following the call for tenders, the Asselin company from Deux-Sèvres was chosen to construct the ship’s framework.

Funds came from the following:

The construction budget for the ship was around 25 million euros.
The shipyard began work on 4th July 1997, American Independance Day.

“Reconstructing a ship. Building this ship was like a living history lesson. That’s what made this project so meaningful and why it had so much public support.” Bénédict Donnelly, former president of the Hermione Lafayette association between 1994 and 2016.

Reconstructing this iconic 18th century ship is part of rediscovering a maritime heritage which has shaped and made its mark on the identity of a whole region for over two centuries.

This adventure is part of the new interest shown by the public from the 1980s onwards for maritime and nautical heritage, which occasioned the launch of major maritime festivals in France as well as the reconstruction of old ships. The Hermione is the perfect illustration of this collective history which it now shares with its supporters, bearing witness to French naval history. It was to become, in fact, the sole testament to the golden era of sailing ships in the French Navy.

Today, Rochefort is building a new future for itself with sailing programmes and the showcasing of historic crafts at the Hermione shipyard. It is this history that we want to help you rediscover.

Since the end of its reconstruction, the Hermione has set off to sail for many towns and cities. Even today, there is always a strong desire to sail and the Hermione–La Fayette Association, the proprietor and shipowner, wishes to sail the frigate in the best condition possible.

Between each trip, the Hermione returns to Rochefort, the Arsenal where she came to life twice and which remains her home port. At its reconstruction site, in the heart of the Arsenal des Mers, you can still discover all the professions and crafts that are needed to keep the frigate perfectly shipshape. 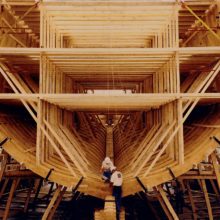 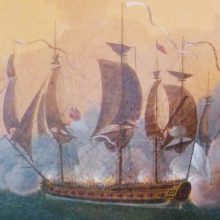 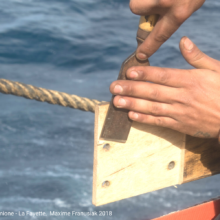 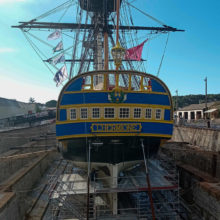