The Hermione, a one-of-a-kind training tool

The association is currently working on the development of a training range with several objectives in view:

Recognised as a training organisation in 2021, the Association is now a training provider, registered under number 75170260217. This registration does not constitute State approval.

(COET-MOF) under the aegis of the French Ministry of National Education, Higher Education and Research. It promotes French know-how through the “Un des MOF” diploma contest, thus recognising over 200 trades in industry, crafts and services.

This prize was awarded for the work of a whole team of shipwrights and craftsmen, but also for the work by the designers, engineers, historians, and afterwards the professional sailors, volunteer boatswains, volunteers, as well as the employees who brought France’s maritime heritage to life. 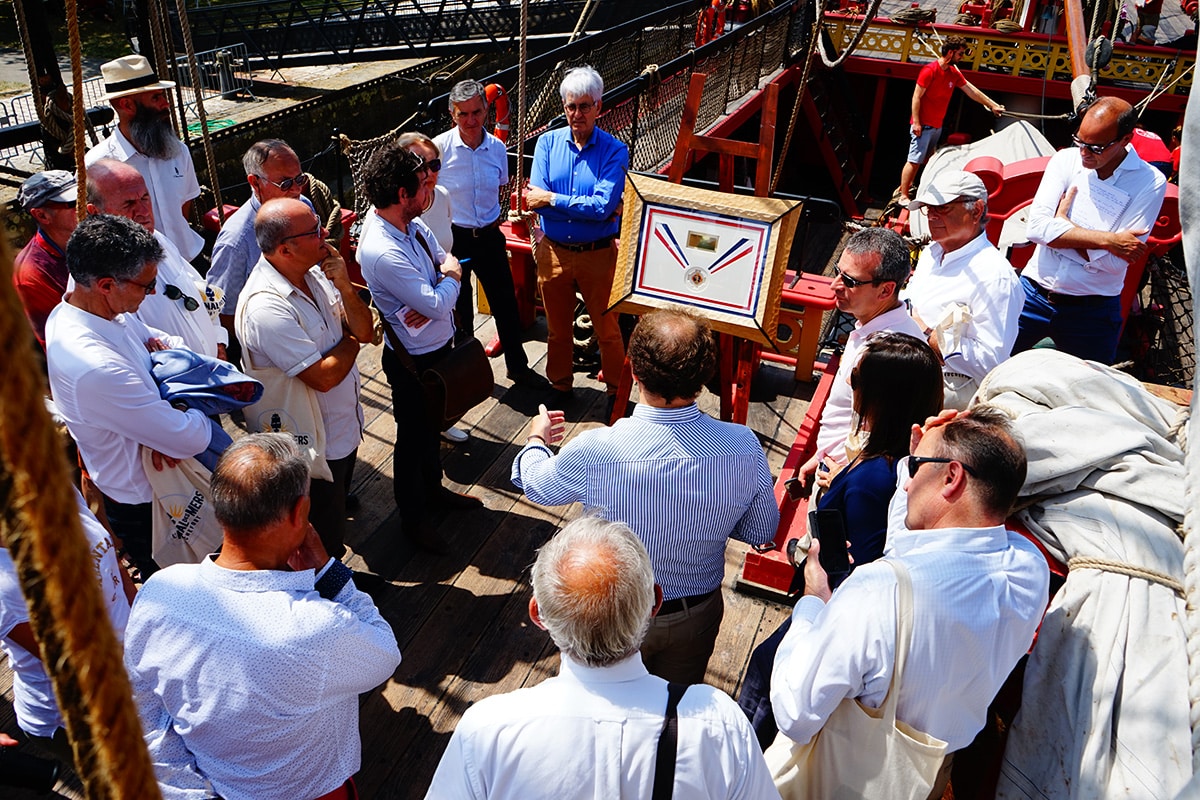 “[The Honoris Causa award “Meilleur Ouvrier de France”] is one of the most prestigious distinctions, recognising the professional excellence of all the trades that made it possible to reconstruct this 18th century frigate which today is the largest (and most handsome) wooden sailing ship in the world.”

But over and above this, it is also a recognition of the whole personal angle to the project that was carried out by the Hermione-La Fayette Association and its actors, whether they were volunteers or elected officials… The values upheld by the Hermione through sailing, technical and personnel training are unanimously recognised by the whole nation.

The Hermione is part of our heritage. This achievement no longer just belongs to the initiators, creators, and builders but to all French people. That is the sign that the Hermione is a masterpiece.

President of the Asselin company specialising in exceptional carpentry and joinery, who worked at the Hermione’s reconstruction site 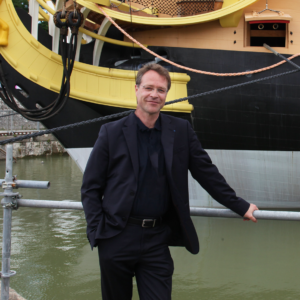